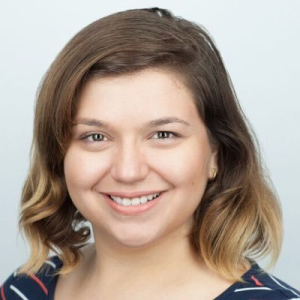 An ode to Austrian startups and the next chapter

Building great chatbots are more of a design than tech challenge #cbc16 pic.twitter.com/njbV2ruBbz

It’s been almost a month since moving to London. Three years after (not so) secretly dreaming about the possibilities in this city, I took on the challenge to start an MSc focused on technology entrepreneurship, customer development in early stage ventures and strategic management of growing, scalable projects/companies. Basically, these next 11 months will help me understand better what I’ve been trying to push when consulting clients – and they will provide the backbone for the years to come.

Getting here was the result of a great interest towards startups and the way they function – from founding to exit. I can still remember a chat with a former employer of mine mentioning they’re NOT a startup because they do not want to scale, which made me raise questions about what that actually meant. Looking around at that time (2012-2013), the only guys I knew in the Austrian space who wanted to change the world were Whatchado, who are great with their approach towards team building, diversity and talent retention. Also, the company called Finderly for second hand electronics swaps had pivoted into the mobile marketplace Shpock and I was about to witness first hand what it meant to be an early adopter the startup wanted to work closely with (still gushing about it to this day). They turned out to have one of the most successful exits I’ve heard about in the last years. Many people with different backgrounds in Vienna wanted to make more, have their voices heard and share their stories with the world.

AustrianStartups came together and gave a regular place, date and time for people to get in touch. Suddenly, there was a way in which co-working spaces opened up, allowing newbies to get to startups. There was honest feedback on how building a venture works. You would hear for example of David and Bernhard from orat.io who were based in Berlin at the time (2014) giving their first project a go and failing at it. And it wasn’t the end of the world. Interestingly enough, they pivoted to amazing customer service providers through mobile messengers and have just organized the very first European ChatBotConf. Simply put: this period showed me that if the people rock, it’s just a matter of time before the product does.

I see the market rapidly maturing and developing with multi-platform collaboration both in B2B and B2C. Austrian Airlines‘s chatbot was just launched as the product of a startup, a digital agency and a corporation in Vienna. Moving on to the other side of the ocean, you see people like Peter and Phil from Swell who are clearly set to conquer the world, one decision at a time. No matter if they’re in L.A. or in Eferding, schnitzel is still in their DNA (you have to check out their Facebook page to see what I’m talking about). They had to relocate to get to their core user base and it will be interesting to notice how this move affects the future of their product.

In the meanwhile, I’ve done the same. Until we have a clear vision of the customer pain we’re trying to tackle, my team in London will keep on iterating ideas and prototyping. Just like the tweet pictured above suggests, it’s more a question of design than the technology around it. That’s why my main focus is to get the right people in the right place at the same time working on something that will make a difference. And the design wouldn’t have been drafted like this without the inspiration Austrian startups have provided over the years. I hope to return soon with new insights to share with the community. And for those not yet familiar with the community: currently there are loads of interesting people in Vienna looking for opportunities to join great startups, a lot of them in the conversational UX/chatbot/AI space. Have a look around and let me know how I can help 😉